The name, Peachy Queen, was a play on the phrases peachy keen & the Queen City (Charlotte, N.C.). The brewer wanted a vivid, unexpected & androgynous design to appeal to a large audience from the store shelf. To achieve this, the label was made out of a peachy iridescent material, intended to resemble the gradient of a peach. The bottle itself was matte black to contrast heavily with the label. It was coated to be soft to the touch & feel velvety like a peach.

Peachy Queen is inspired by Gothic architecture, so we created a modern blackletter logotype. The counters were shaped to evoke the idea of a peach slice & the bowls come to a point at the top & bottom to resemble the shape of a peach. 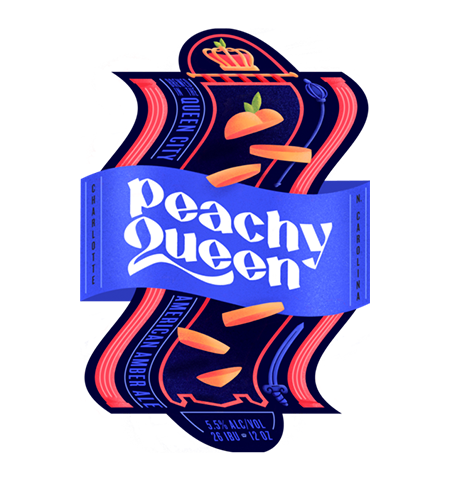 We sent off three medieval themed designs to the brewer. This one was the most experimental in both composition & shape. The shape & contrasting colors were meant to help it stand out on the shelf. This design was focused more on the Peach than the Queen. 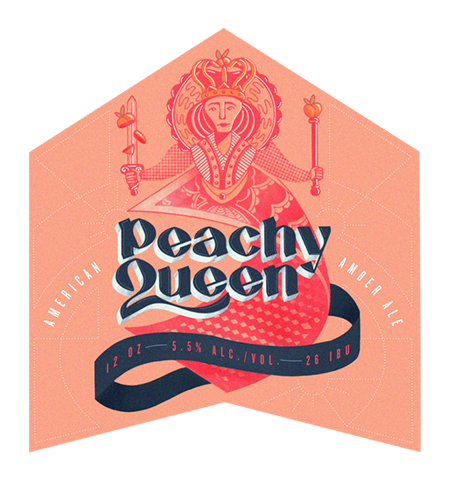 This was shaped like a simplfied tiara that elegantly wrapped around the bottle. The colors are more traditional, but vibrant enough to be eye-catching. The concept was a 3D Queen playing card. It has more focus put on the Queen than on the Peach. 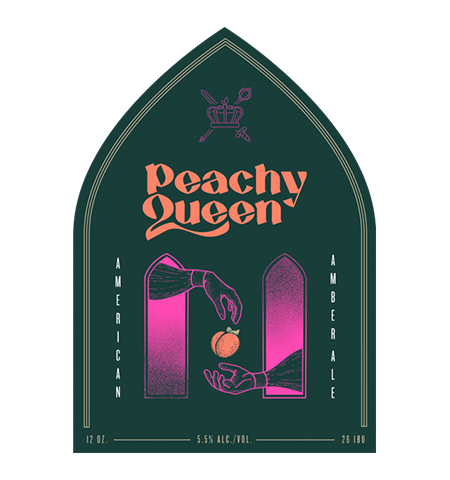 Finally, the most traditional label takes it’s shape from a gothic window. Overall, the layout is very simple, but the orange and pink colors stand out from the dark green. This concept had balance between the Peach and the Queen.

Ribbon with the logo

Positioning of the Queen

Gothic shape of the label 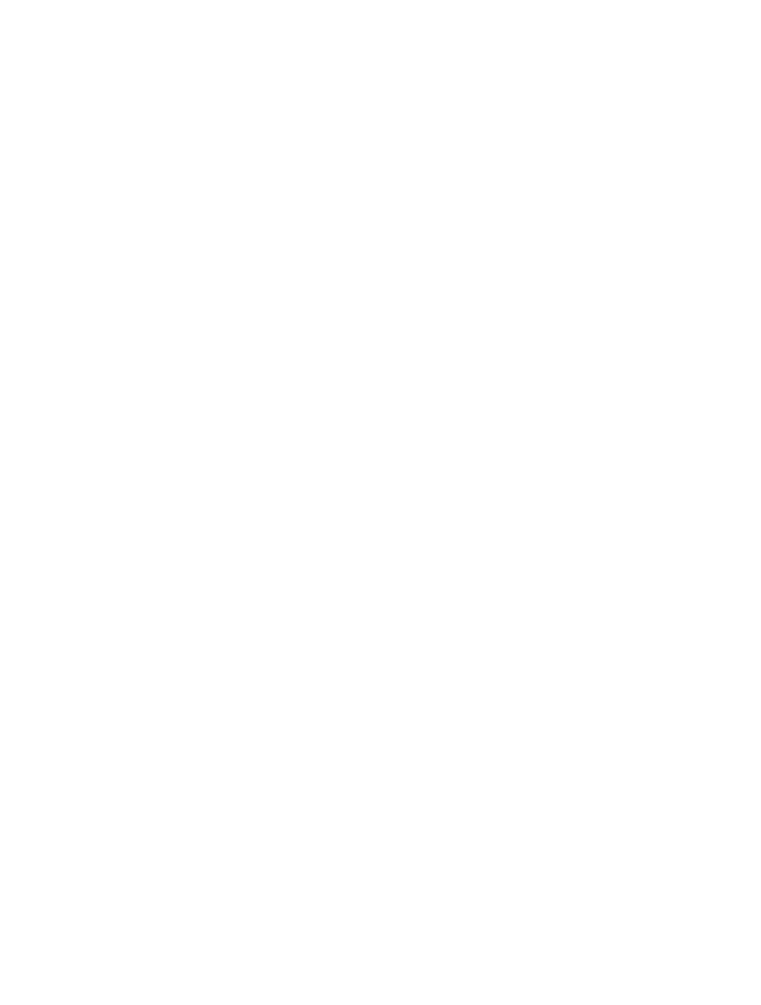 The label gets its form from Gothic windows and arches. The rays shining from the peach and onto the queen are inspired by the stain glass windows of Gothic cathedrals. The back label is more personable & focuses on the local ties to the Queen City and the brewmaster. 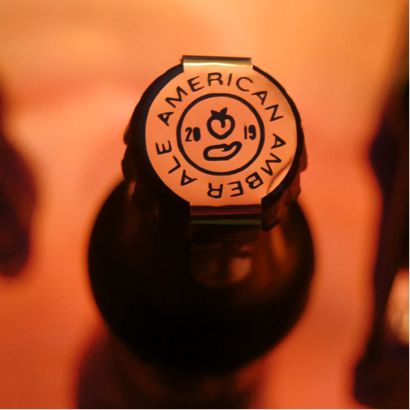 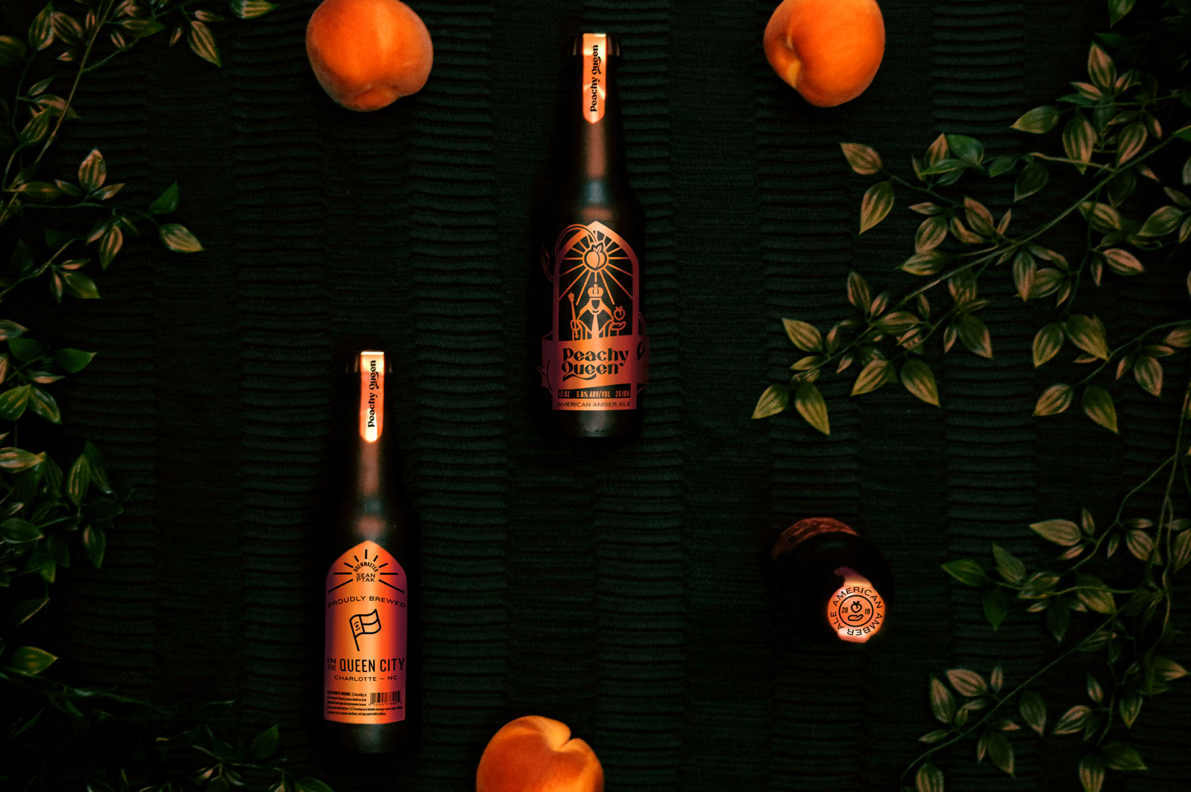 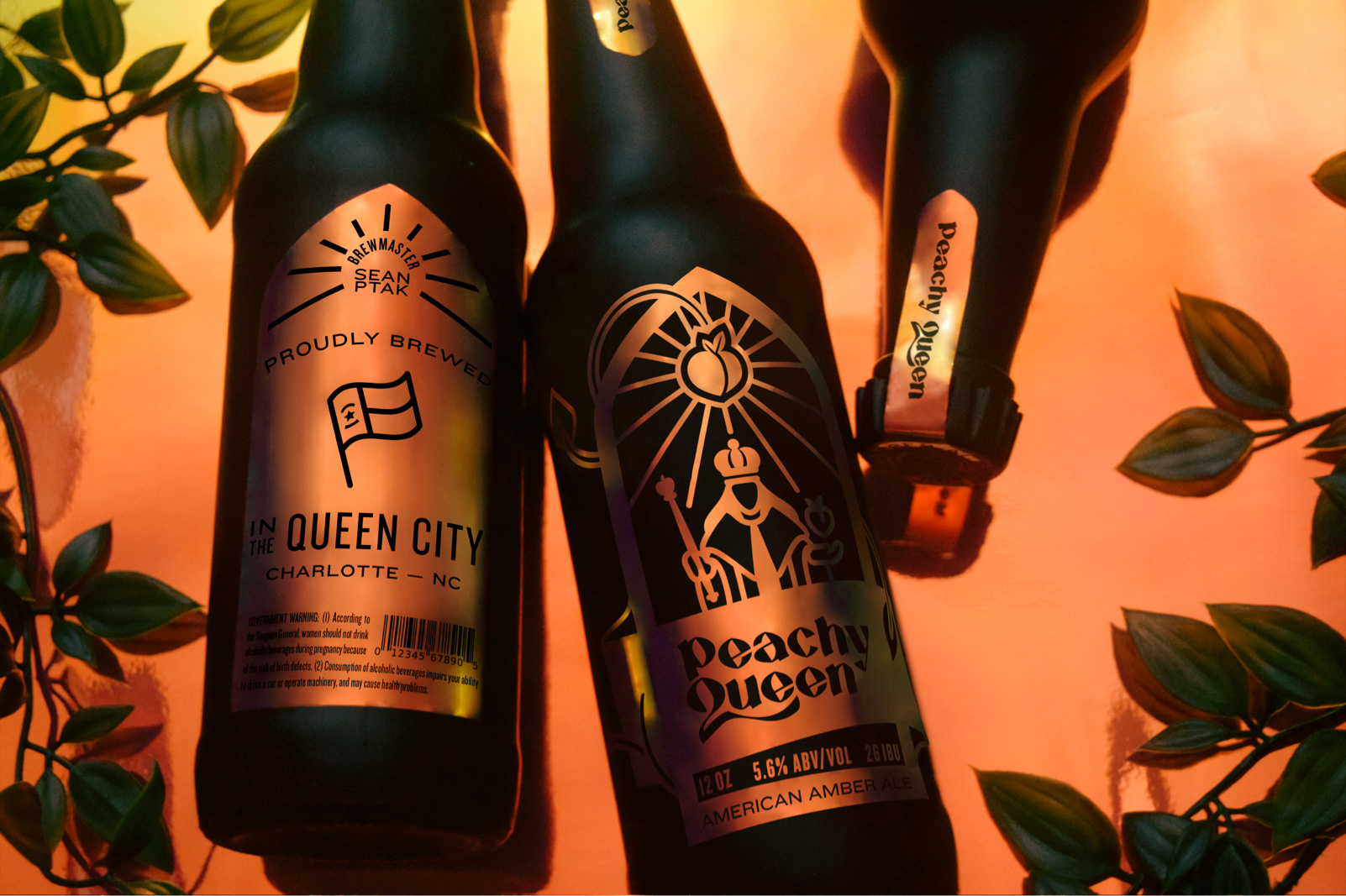 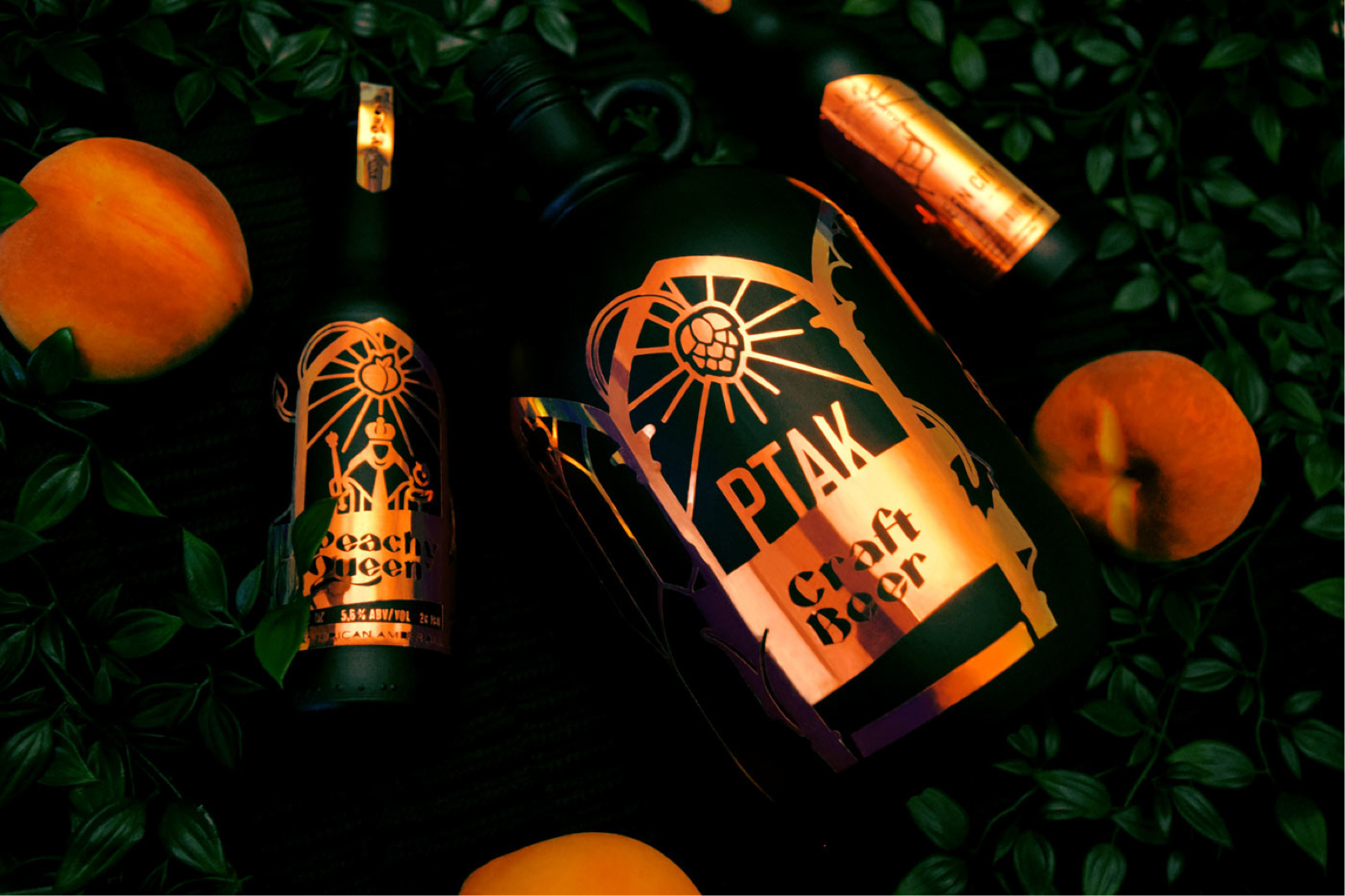 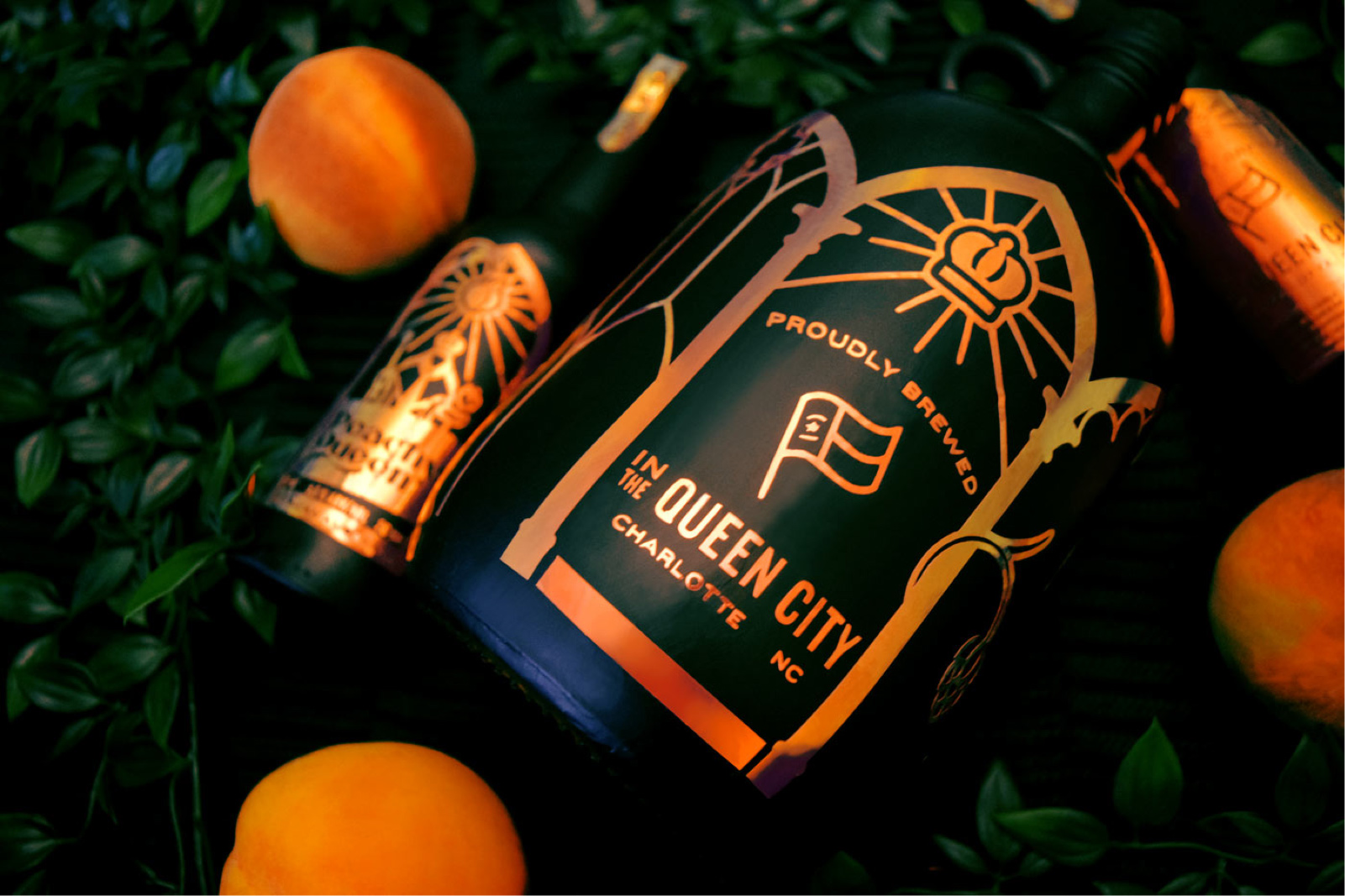 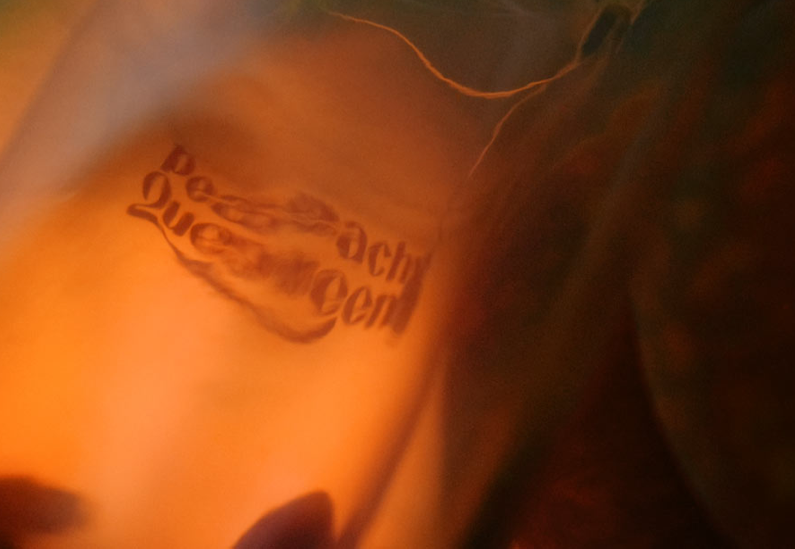 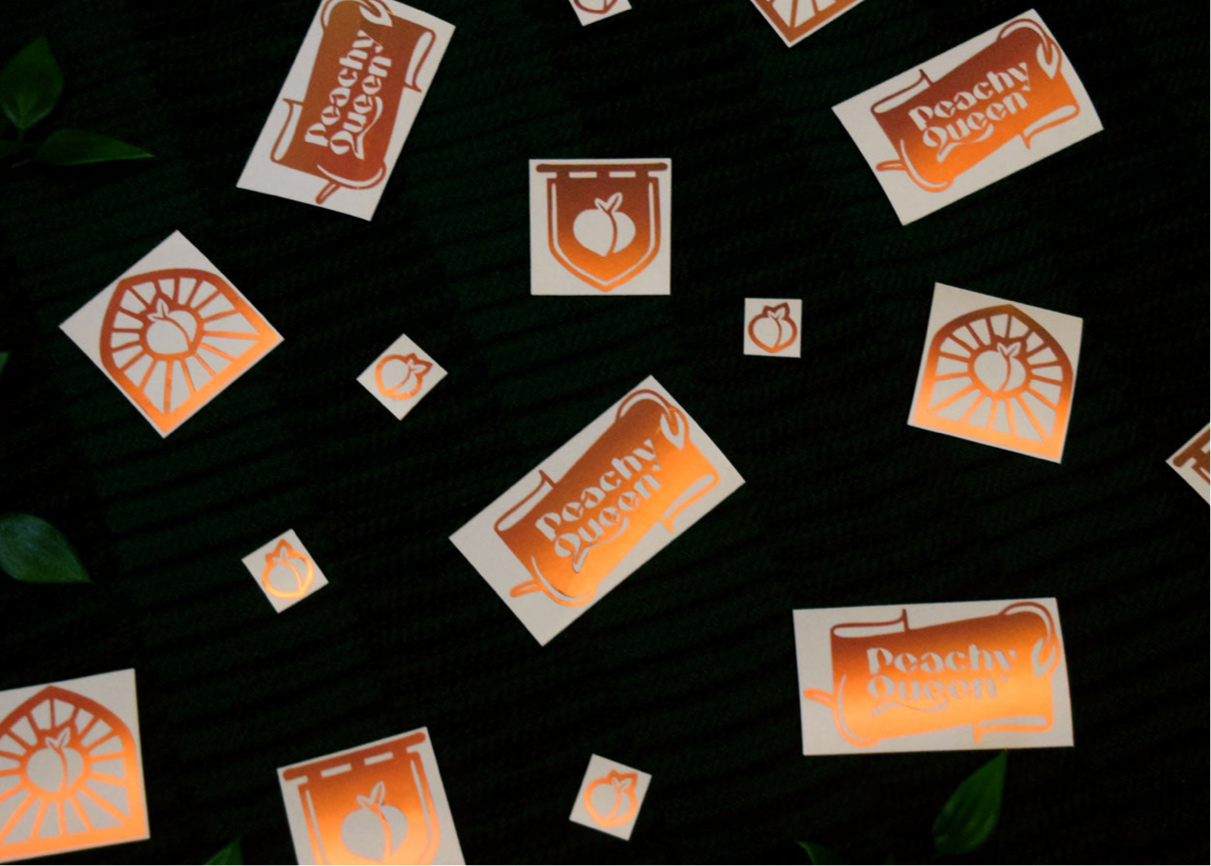 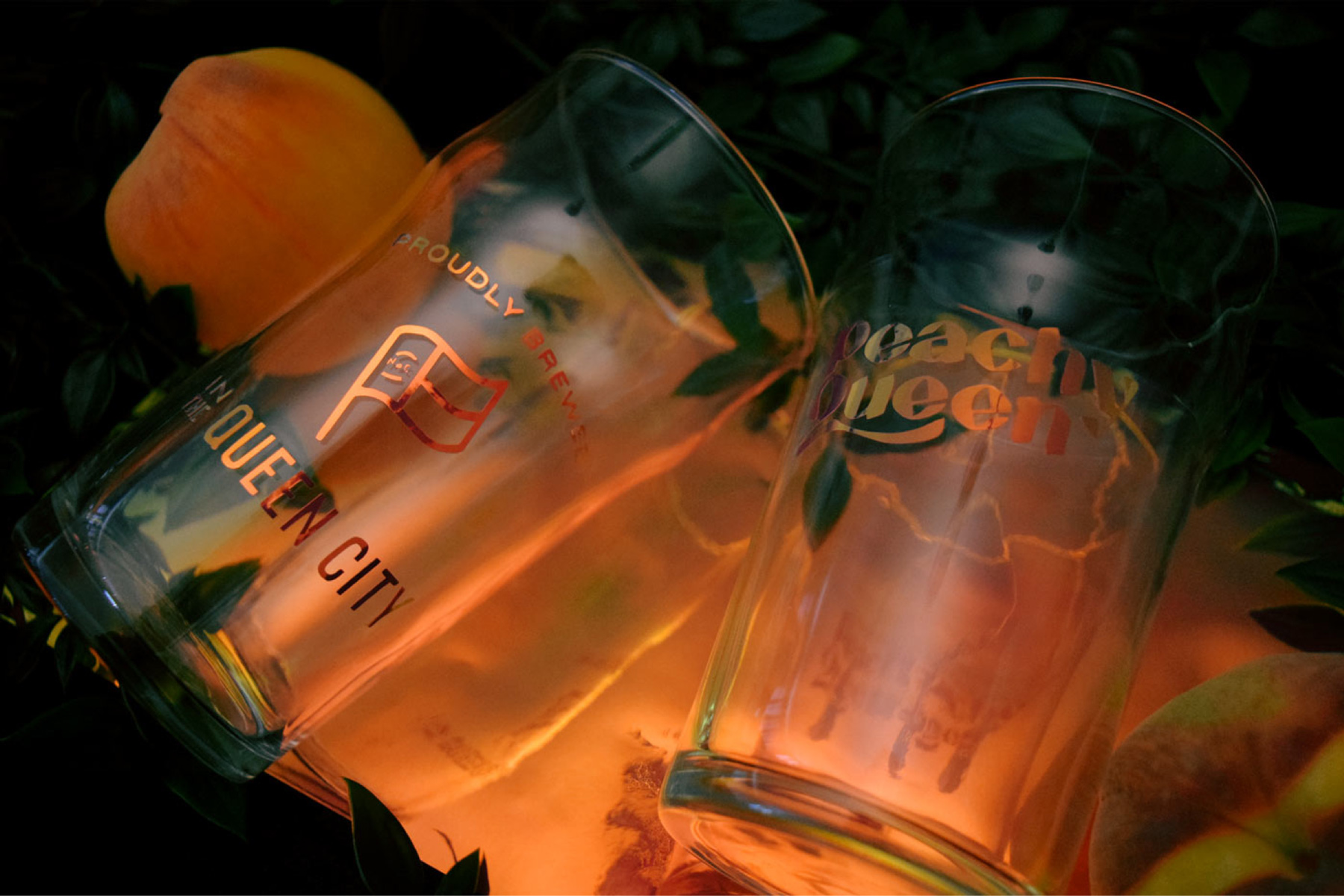 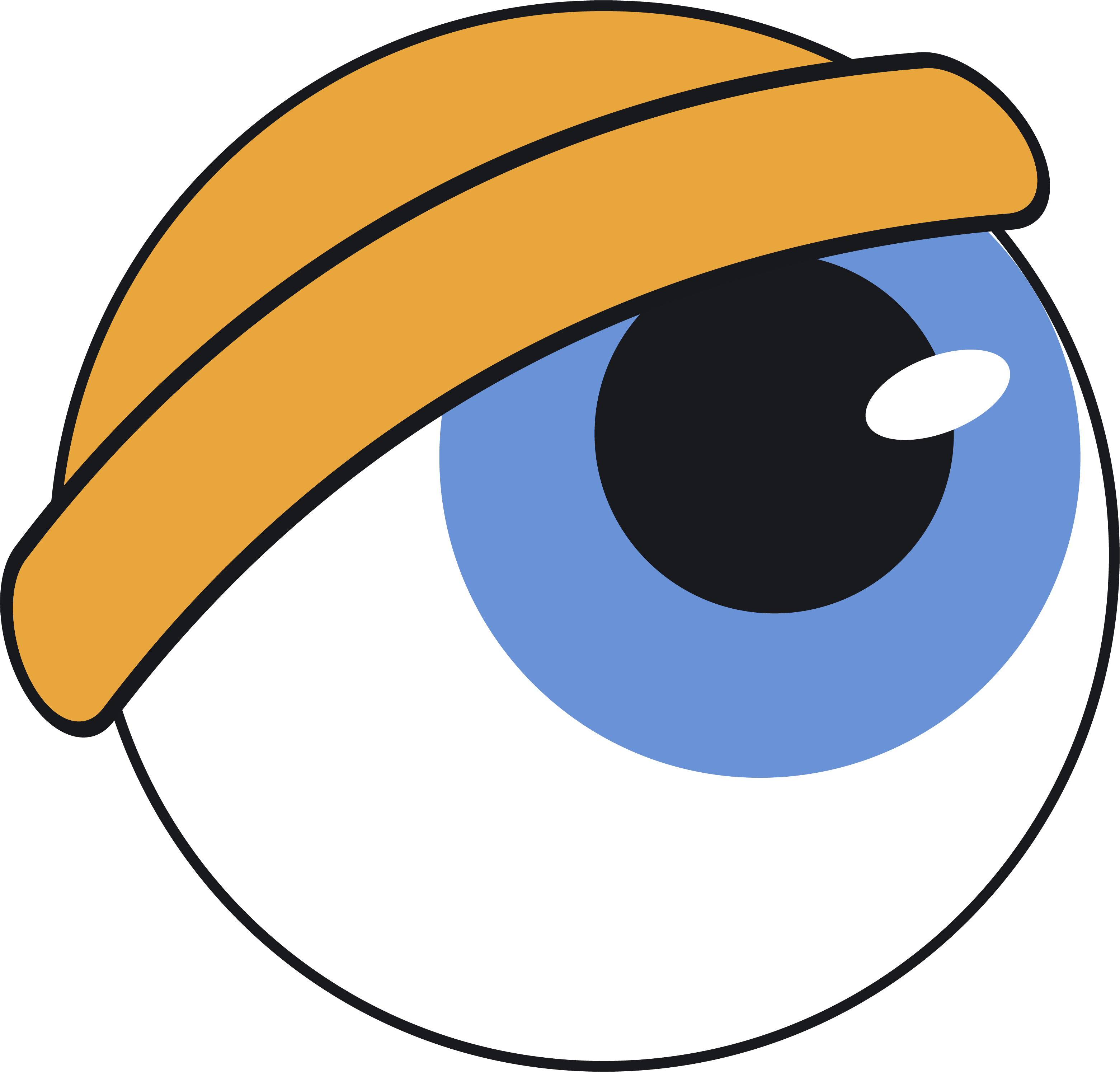 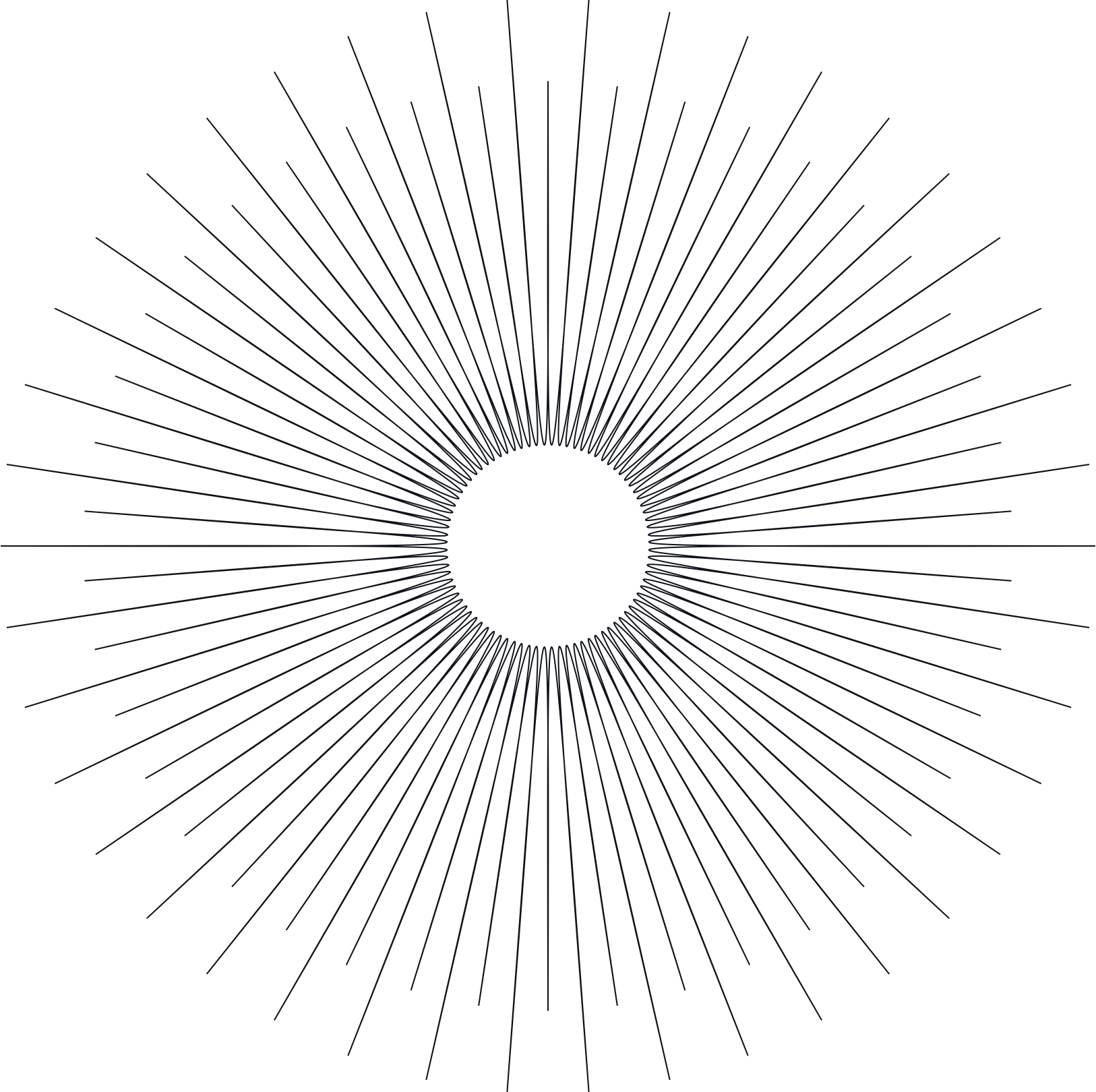